Our very first collection of vegan sandals have landed on site just in time for 2021 summer holidays, staycations and relaxed weekends.

Launched under our laid-back, sea-loving sister brand Beach Ath. the collection offers a stylish step into a more sustainable future.

Designed in the UK and made in Spain, our newest range is aimed at those looking for alternatives to leather and animal by-products as well as those just looking for easy-to-wear, on-trend sandals.

The range has something for everyone, from funky flats and simple slides to wearable wedges, all in vegan friendly materials and a variety of classic colours, metallics and animal print, giving conscious comfort without falling short of style. 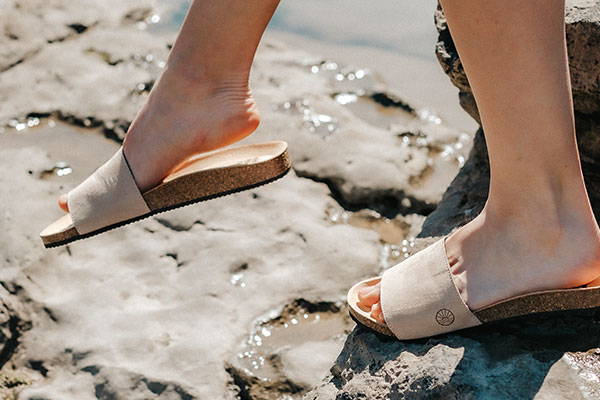 Through the 2010’s, a vegan diet became increasingly popular, quickly becoming mainstream with restaurants and supermarkets starting to offer more plant-based alternatives. 2019 was even declared ‘the year of the vegan’ by The Economist and a more conscious mindset slowly made its way into fashion, beauty and skincare.

Faux-fur was the first step, when luxury fashion houses such as Chanel, Gucci and Versace pledged to go fur-free. In 2020 The Queen was awarded ‘Most Iconic Moment’ at the PETA Fashion Awards after her senior dresser announced in 2019 that the monarch would officially use faux fur going forward.

Next was the innovative vegan leather, with apple, cactus and pineapple leather becoming popular alternatives.

According to the Vegan Society the number of vegans in the UK has increased by 445,428 people (40%) over the past 12 months with vegans and vegetarians set to make up a quarter of the British population in 2025.

According to the Vegan Society the number of vegans in the UK has increased by 445,428 people (40%) over the past 12 months with vegans and vegetarians set to make up a quarter of the British population in 2025.

We use EVA soles across all our vegan sandals - well-known for being eco-friendly because it is BPA free, and their durability and shock absorption means they can withstand the test of time.

Each style also has either a suede-look or leather-look upper made from polyester/polyurethane as well as a super-soft faux fur lined footbed on our Calin 2-strap slider.

Each pair of sandals comes boxed in fully recycled and recyclable packaging. Check out our hottest styles for summer: 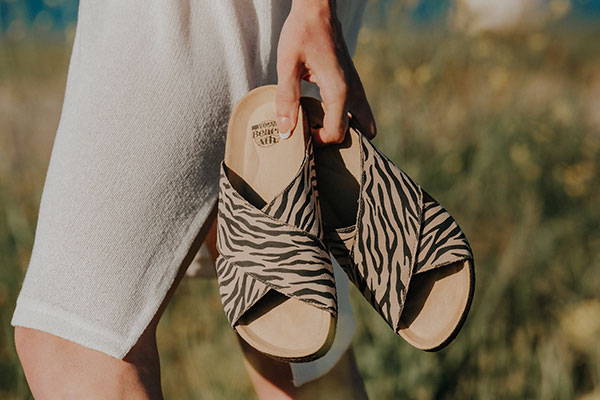 The cross-over sandal providing extra support in a slider style. Choose from neutral shades chestnut and black or opt for this season’s favourite: zebra print! 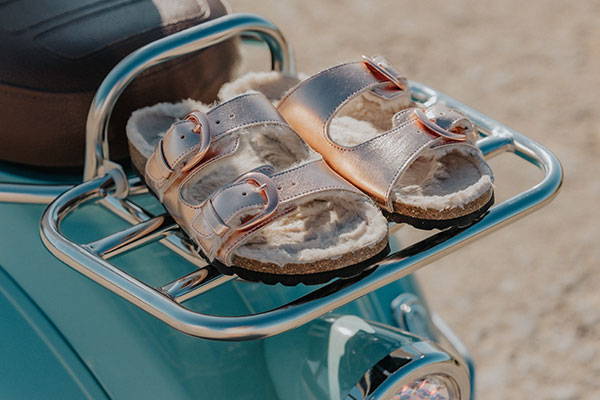 These metallic 2-strap sandals have become the wardrobe staple for 2021. Includes adjustable buckles for a perfect fit and a faux-fur lined footbed for added comfort. Coming in a choice of metallic silver, rose gold or metallic gold, pair with matching jewellery and amp up your white summer dress! 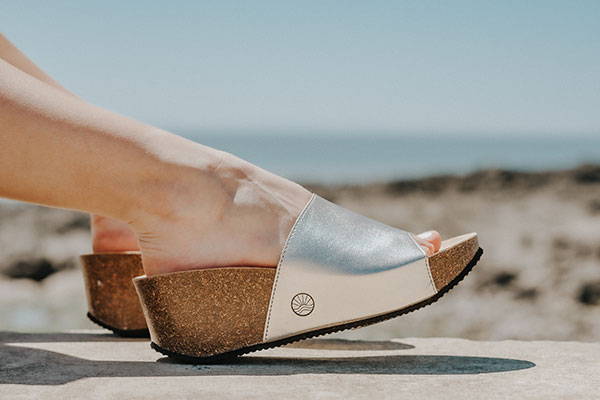 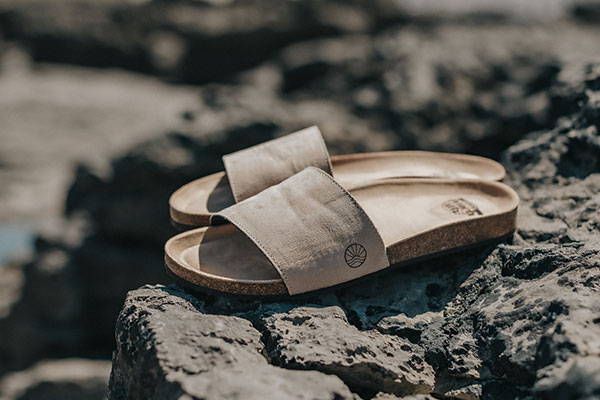 A classic summer staple, the Candali is a one-strap slider made with conscious comfort in mind. It’s suede-look upper in three classic colours means these will look great with any outfit! 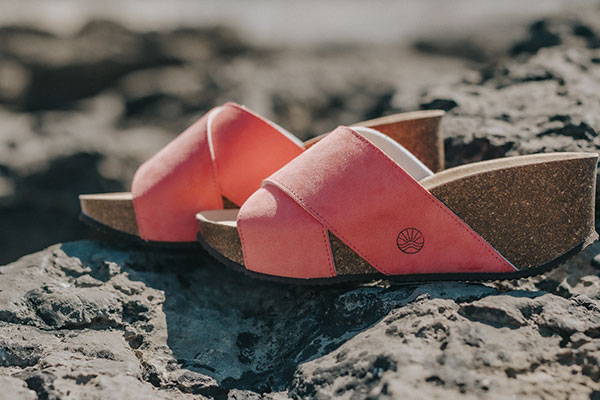 Great for both casual and formal wear, the Inis wedge cross-over sandal combines comfort with elegant style in a black, natural or salmon shade.